On 13 December Simrit releases her new live album. Before it will be released you can free stream the new record from 7 december until 13 december. Just head over to her website to pre-listen, here.

The live album features SImrit and her full band, the same band members that were also present during her concert in The Netherlands earlier in 2017. Simrit creates a beautiful and rich sound on this live album that lets you experience her concert as if you were seated on the first row. But only without the visuals of course…..

In May 2017 we organized her concert in The Netherlands, and we’re very thrilled she will be back again in the fall of 2018. More info will follow, as soon as we have more on this.

Enjoy the new album of Simrit! 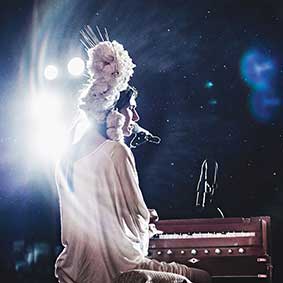