An extra possibility to join the magical sacred chant concert of Ajeet Kaur & band. What a blast!

The concert of March 29th was sold out in less then 6 weeks and we know so many more people want to join so we decided to create an extra concert on March 28th. A miracle that it fits their tour schedule and that the church was free. Meant to Be!

Ajeet is joined by Raffa Martinez on Percussion, Aisling Urwin on harp, and Ezra Landis on guitar. The concert will be in De Duif, a beautiful church in the center of Amsterdam!

Ticketsales starts December 21th, here. UPDATE: Tickets for this extra concert are now Sold Out Too! Thank you very much for your interest.

Join Ajeet and her band as they weave together ancient rhythms and melodies, deep meditative spaces and heart-opening songs to bring you on a journey through music. Let your voice join with many in a call for healing, a return to the ancient ritual of prayer through song. With her beautiful voice & her radiant presence she will touch your soul deeply and set your heart on fire.

More info on Facebook here. The video clip below was shot during her concert we organized in 2017.

With her beautiful voice & her radiant presence she will touch your soul deeply and set your heart on fire. It is their third European Tour and they are just as excited as we are!

‘From the first note, Ajeet Kaur’s voice feels like the warmth of the earth rising through your body, creating a sense of inexplicable peace that helps you suddenly relax in a knowing that you are connected to every living being through this sacred sound.’ 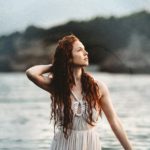 The music of Ajeet Kaur is a meeting of rivers. Her love of yoga, meditation and sacred music meets her upbringing with traditional Irish music and her unwavering love of poetry through song.

Growing up in a musical and eclectically spiritual home in both New Hampshire and Dublin, Ireland, music has always been present. Ajeet found her way to the magic of sacred music at a young age, leading her to fall in love with the songs, stories and sense of mystery in the sacred traditions. Her music has taken her all over the world, sharing song and healing in communities across the globe. Collaboration is central in her work, and some of her collaborators include Snatam Kaur, Trevor Hall, and Peia.

Raffa is a percussionist, songwriter, and ceremony holder from Barcelona, Spain. He has traveled learning both the rhythms and instruments of communities around the world, and the ceremonies that keep them connected. He now shares his music and his practice as one, holding retreats, touring and sharing what he has gathered. Knowing Raffa has been a huge blessing for me both musically, and in the space he carries with him. His presence always lets me relax into our concerts as if they were no different than a ceremony. Touring with him and having him on the new album Indigo Sea are an incredible gift. 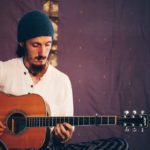 Ezra grew up in a home full of music in the mountains and forests of New Hampshire. A self-taught guitarist, Ezra has become a much loved instrumentalist for many touring artists, and has been featured on countless albums. I met Ezra when we were teenagers, and somehow we just kept playing together until it became our work, our life. Ezra has been an incredible musical support in my career, and on my albums. His friendship and our musical bond is a profound gift to my life and to the new album Indigo Sea. 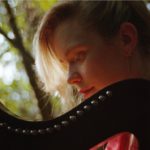 Aisling Urwin is a harpist and songwriter from the seaside town of Kenmare in the South West of Ireland. Her broad range of musical influences range from Kate Bush to Bon Iver to Jeff Buckley. Aisling aspires to use the harp in a contemporary context, challenging traditional views in an effort to stretch people’s preconceptions about what the harp should sound like.

Ajeet Kaur has released five albums, which have been celebrated as #1 on the iTunes world chart, and Billboard Top 10 new age chart. Her band members and collaborators help to weave the web of her songs both live in concert and in her released music. Her newest album Indigo Sea is a love-labor which was self-recorded and crowd- funded by her fans and supporters. 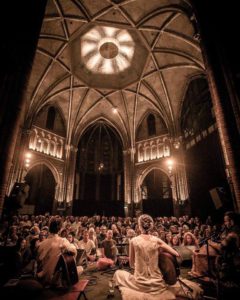 Transport
De Duif is located in the center of Amsterdam, where nearby parking is not easy and not advised. We advice you to come by public transport or use your bicycle. Use Park & Ride facilities if you come by car to Amsterdam. Check the routedescription and use of public transport here to plan your journey.

Tickets
Ticketsales has started. UPDATE: tickets for this extra concert are now Sold Out too! Thank you very much for your interest.

We offer an unique possibility for a special meet & greet with Ajeet & Band 35 minutes before the doors for the concert will open.

There are 25 meet & greet passes available.

HeartFire Newsletter
Want to stay informed about our HeartFire events? Subscribe to our newsletter.